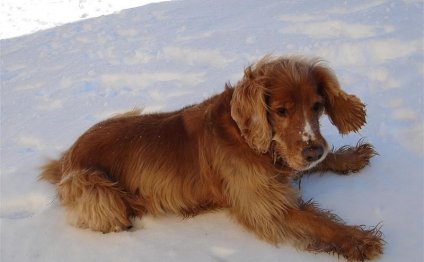 The head of the French Spaniel is held proudly, well sculptured, unburdened, without excessive sparseness, but presenting the characteristics of the breed. Head is of average length and size. The skull has a length of 1 ½ to 2 inches more than the forehead. The lateral faces of the skull appear almost parallel. The head is of medium length and width. It is well-chiseled, but not excessively. It has pronounced brow bones and a sloping stop. The slightly domed nose-bridge is a bit shorter than the skull. The upper lip does not cover lower lip. The brown nose is wide with good nostrils. Bite is either level or scissors. The eyes are fairly large and oval, dark amber in color, with an intelligent and gentle expression. Ears are set well back and in line with the eyes. They are long with feathering at the top. The neck is muscular, signally arched, oval-shaped and of medium length. Withers are pronounced and large. Back is slightly sloping, sustained and hard in action. Loins are large, of medium length, and well-muscled. Thighs (croup) are large and muscular, well rounded, without apparent bone structure. Chest is bursting with large capacity, high, good depth. The tail is full length, not docked, set low, tapering, held slantwise curves. The skin is flexible and close to the body. The coat is dense, close and water resistant and has feathering along the back of the legs, belly, tail and ears. Flat and short on the head. Coat color is white with liver markings. Markings are irregular and can be small or dominating. Speckling is acceptable. Some faults according to the written standard for this breed are: Head too short or wide, clear eyes, tail off center. Other colors except white and liver. Solid liver colored or solid white body. Solid white head. Little or no feathering. Ears too small or set to high.

Calm, even-tempered and intelligent, French Spaniels very much enjoy the company of their owners. They are gentle with children, making great pets. Rustic looking, relatively tall and powerfully built, the French Spaniel trains well but is easily intimidated; training should be gentle, firm and consistent. They need human companionship and lots of exercise. Known and appreciated for its hunting skills, the French Spaniel works very well on rugged terrain and in the water as a flusher. French Spaniels are one of the best retrievers and point very precisely. Hunting at a gallop or extended trot, the French Spaniel has an excellent nose, but has less speed and a more limited search range than the Brittany Spaniel. They are enthusiastic hunting dogs, persistent, hardy and courageous. This breed gets along well with other dogs. It is important owners are even-tempered, but firm and consistent with the rules set upon the dog. It is also equally important, when the dog is not hunting, that he receives daily pack walks where he heels beside the handler during the walk. When a dog is lacking in either leadership and or proper mental/physical exercise it causes separation anxiety.

The French Spaniel is not recommended for apartment life. They are very active indoors and will do best with acreage. This breed is resistant to cold and damp conditions.

Regular brushing twice a week of the medium-length, flat coat is really all that is needed to keep it in good condition. Bathe or dry shampoo when necessary. It is generally a low-maintenance dog. Check the ears carefully, especially when the dog has been out in rough or brushy terrain. This breed is a light shedder.

The French Spaniel is related to the German Small Munsterlander and Dutch Partridge Dog, and like all of the spaniels who became the first pointers, the French Spaniel is a distant descendant of the longhaired Chien d'Oysel (setter), a dog of the middle ages. The breed was widely used as a game bird hunter in the 1600s. Its numbers dwindled due to the competition with English breeds, however in the nineteenth century, it was revived by Father Fournier. In 1891 the first standard was written by a man named J. de Connick. The standard described the breed as larger and more powerful than the Brittany Spaniel. The breed is still very rare, even in France.

Medium & Large Dog Breed Care : How to Care for an English ... 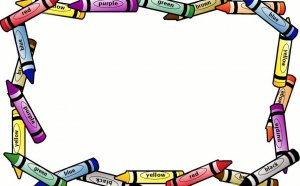 Although it enjoys a romp, the cocker can receive adequate exercise with a long daily walk on leash. The coat of the cocker… 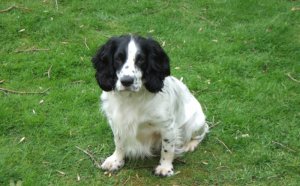 The English Toy Spaniel is a compact toy dog with of a short-nosed, domed head, a merry, affectionate demeanor and a silky…