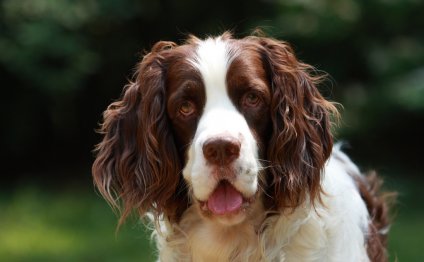 Charles Lenwood Cooper, age 72, of Auburn GA, passed away suddenly and unexpectedly Saturday, August 31, 2013. Len was the former Mayor and City Council Member of The City of Auburn. He was on the board for the Barrow County Airport Authority, Barrow County Water Authority and the Barrow County Board of Personnel Appeals and the Auburn Library Board. He also enjoyed designing websites, growing cacti and succulents. He loved aviation and English Springer Spaniels. He is survived by his wife Joyce "Zippy" Angel Cooper; sons David Goodson of Atlanta, Dodd Goodson (Samantha) of Foley, AL and Chris Goodson (Mary Ruth) of Alpharetta; daughter Julieanne Cooper Smith of Lawrenceville; brother Larry Cooper (Betty) of Lexington, SC; sisters Peggy Craft of Orangeburg, SC and Sherry Lee of Orangeburg, SC, grandchildren Taylor Smith, Jarrett Goodson, Hannah Goodson and Sammy Goodson. He is preceded in death by his parents Edgar and Mary Cooper and son Len Cooper, Jr.

English Springer Rescue America wishes to offer our sincere condolences to Zippy Cooper and her family for the recent loss of her husband Len. Zippy, along with Jan Flagg, was one of the people instrumental in the founding of the ESSRC, a coalition of Springer rescue groups that has evolved into what Springer rescue is today.

As a tribute to Len's life and his devotion to Springer Spaniels, ESRA is honored to keep Len's memory alive through donations toward the work that we do to help rescue Springers throughout America. 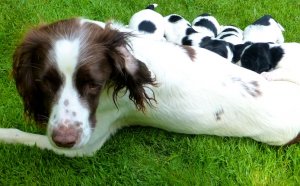 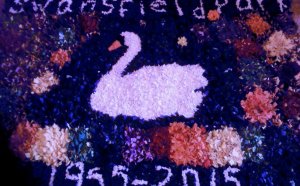