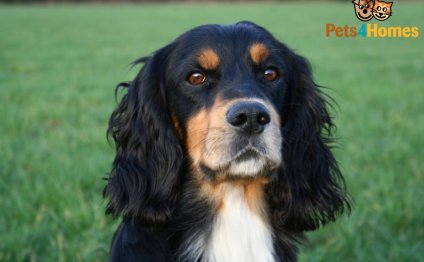 The last dog I owned was a yellow Labrador named Salty. He retrieved one duck in his gun-dog career. His claim to fame was that after being neutered, he would frequently run away. Where? To the vet’s office, a good two miles away. Why? Well, we liked to say he was looking for his balls.

This time around I chose a Boykin spaniel. Or, more correctly, my bride of five months, Jenny, chose a Boykin spaniel. I had never heard of the breed, but Jenny had done her research. The Boykin is the state dog of South Carolina, which was fitting since we had recently moved to Charleston. They love the water and are great around families, and their diminutive stature (the largest ones top out near forty pounds) makes them a good choice for small homes and boats. Best of all, they are bred to be hunting dogs.

But I still caught hell from my circle of hunting buddies. A fellow outdoor writer told me I had gotten “a chick dog, ” and my own brother told me my pup just wouldn’t have the same fire as a Lab.

We named her Pritchard (Pritch for short), after an undeveloped barrier island off the coast. Before she arrived, we had her crate ready, along with an array of toys (including a small beaver without stuffing that we called Roadkill) and a number of bones and rawhides.

We made two trips to the breeder’s home before we chose Pritch. We narrowed our choice down to three medium-size females and set them loose, each with a different-colored collar, in the front yard. I tossed puppy-training bumpers to see which dog had the best drive and studied their conformation for indications of character. Then I noticed Jenny holding the blue-collared pup while the other two vied for her attention. Our decision had been made.

When we drove Pritch home, she was a brown ball of fur not more than six pounds. Jenny sat in the backseat because it was safer, and I held the wheel with two hands the entire way. Pritch whimpered herself to sleep after fifteen minutes, and my wife just sat there marveling at our little dog. 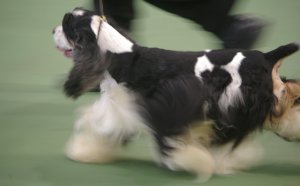 THE ORIGIN OF THE COCKER SPANIEL and THE AMERICAN SPANIEL CLUB by Elaine E. Mathis Donated to ASC Archives by Carol Rutherford… 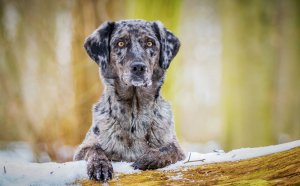