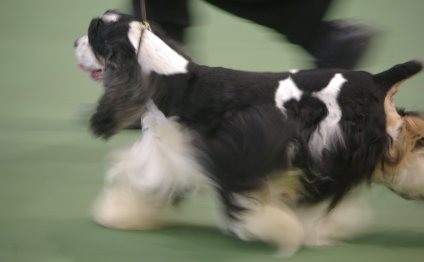 THE ORIGIN OF THE COCKER SPANIEL
and THE AMERICAN SPANIEL CLUB 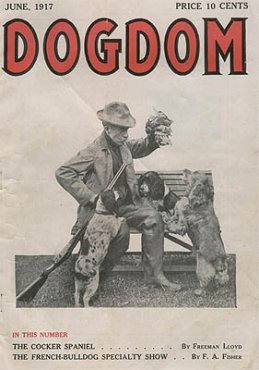 Spaniels in America can be traced back to 1620 and the landing of the Mayflower. This vessel carried two dogs on her voyage to New England, a Mastiff and a Spaniel. However, it is impossible to trace the ancestry of the blooded dogs of today to these two dogs since pedigrees and stud books were not available prior to the early nineteenth century.

In those early days, the Spaniels were divided into two varieties, land and the water spaniels, and from those early specimens have sprung the many varieties of spaniels we have today, including the toys. After that, the terms Springer, Springing Spaniel, Cocker, Cocking Spaniel, Field, English Type, etc. seem to have applied to Spaniels of all sizes and the division we have today in the Spaniel family developed from that period. Another bit of history was that since the spaniels all derived from the same bloodlines and litters, the top weight limit of 28 lbs. was the dividing line between the cocker spaniel and the field spaniel, for the ones over 28 lbs. were adjudged a field spaniel. The term "Cocker" was given to the smallest, more compact of this family and it came about because they were being used for woodcock shooting.

Cocker registrations can be traced to 1879. The first Cocker strain to become well known and to make definite strides toward the Cocker's recognition as a separate and distinct breed in England, was the "Obo" kennel of Mr. James Farrow. The National American Kennel Club (now the present American Kennel Club) published their first stud book in St. Louis Missouri. The very first Cocker registered was a liver and white named Captain and assigned No. 1354. The first black and tan registered was Jockey, No. 1365. Not until Volume 2 was published in 1885 did a black cocker make his appearance. This was registered as Brush II, No. 3124 and was imported by Commings Cocker Spaniel Kennel of Asworth, New Hampshire.

It was about this time that the founders of the American Spaniel Club were becoming actively interested in the dog that characterized as a Cocker, but not yet recognized as an entirely separate breed of Sporting Spaniel.

The American Kennel Club recognized the separation of the "cocker" breed in September 1946, but it was not until January 1947 that breed registration appeared in the stud book under their own heading.

The American Spaniel Club stands out today, of all the specialty clubs in this country, and perhaps including the Old World as well, the first and original club devoted to one breed of dogs, with steady devotion to the sporting spaniel. 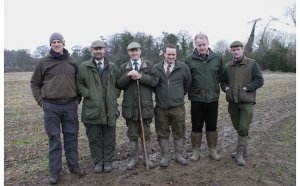 NOTE: The show rings and grooming will be held in Exhibit Hall A of the Knoxville Convention Center, located across the street… 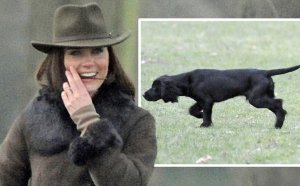 The judge plays the important role of evaluating the the dogs in the ring, based on the breed standard, and selecting a winner…