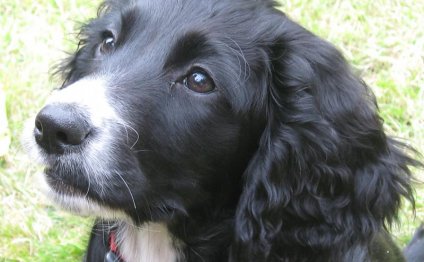 The Cockers is a small to medium sized dog with a sturdy, compact frame. It has a proportionate head which has a longish appearance; large eyes which are almond shaped and dark brown in color; long ears which are set low, feathered and hang close to the head; a dark colored nose which is either black, brown or tan; a square, full muzzle; taut lips with teeth which meet in scissors bite. This breed has a docked tail which is set on the level of the back. The tail is carried at the level of the back or slightly above it, but never erect or hanging downwards. It has short legs which have a square appearance owing to dense hair and large, swell padded feet. This breed has a double coat with a medium length outercoat which is silky in texture and either can be flat or slightly wavy, and has a short and dense undercoat. The color of the coat can be black or any other solid color, black with tan or parti-colored etc.

The Cocker Spaniel is a bold yet gentle breed. It is excellent with kids, other dogs as well as pets, despite the dogs hunting instincts. It is easy to train and responds well to obedience training. It is slightly reserved with strangers and has a tendency to bark, which makes it a good watchdog. Given its gentle and easy going nature, it makes for an excellent companion breed. However, it is prone to Small Dog Syndrome and hence, strong leadership is required to have a well behaved dog. If given the right amount of exercise, it is well suited to an apartment life. 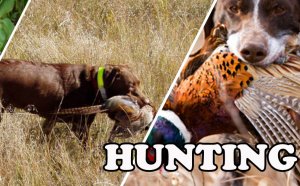 The English Cocker Spaniel is an active, merry sporting dog, standing well up at the withers and compactly built. He is alive… 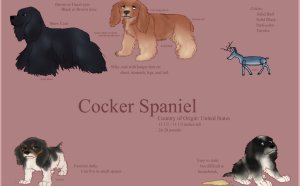 English Cocker Spaniel History One of the largest families of dogs, spaniels were developed at least by the 1300s to flush…