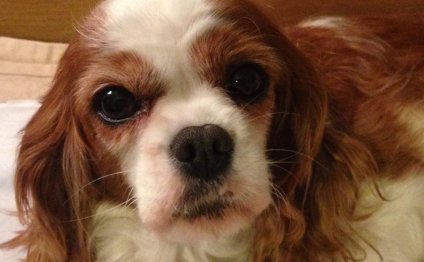 The moderately long and silky coat of the Cavalier, which is usually found in solid ruby, black and tan, parti-colors Blenheim (white and ruby) and tricolor (black, tan, and white), may be slightly wavy. A characteristic of this breed is that its feet have long tufts of hair. A sweet and gentle expression is also typical of the breed.

The Cavalier’s moderately-boned and slightly long body makes it a regal and elegant toy spaniel. It has the structure of a working spaniel but is slightly smaller. The dog’s gait, meanwhile, is free and elegant, with a good drive and reach.

The Cavalier is very friendly towards other pets, dogs, and strangers. When it is outdoors, its true spaniel nature takes charge and it is fond of exploring, chasing, and sniffing. This playful, sweet, gentle, quiet, and affectionate dog is always willing to please. In many ways, the Cavalier makes a perfect house pet.

The Cavalier is not suited for outdoor living. Its long coat requires brushing on alternate days. The dog requires a good amount of exercise regularly, in the form of a romp in a secure area or a moderate on-leash walk.

The Cavalier, which has an average lifespan of 9 to 14 years, may suffer from minor health problems such as patellar luxation, and entropion, or major problems like syringomelia, mitral valve disease (MVD), and canine hip dysplasia (CHD). Sometimes retinal dysplasia is seen in the breed. Many Cavaliers also have reduced platelet numbers, but this does not seem to cause any problems. Cardiac, eye, hip, and knee tests are suggested for this breed of dog.

The Cavalier King Charles Spaniel has descended from spaniel roots, as is evident from the name. "Toy" dogs in Europe were produced by crossing small spaniels and Oriental toy breeds like the Tibetan Spaniel and the Japanese Chin. Also referred to as the comforter spaniels, these Tudor lapdogs functioned as foot- and lap-warmers and were also used to drive away fleas from the bodies of their owners. As all the family members liked the toy spaniels, they became immensely popular.

In the 18th century, King Charles II was so captivated with his toy spaniels, that it was alleged he paid no attention to his state. The dogs came to be regarded as King Charles Spaniels because of their close association with the King. After the king died, the Duke of Marlborough became the promoter of the breed and his favorite Blenheim or red-and-white breed gets it name from his estate. For generations, wealthy homes sheltered the King Charles Spaniel, but gradually the shorter-nosed dog became a more popular choice.

In the early 20th century, some dogs that looked like the early specimens of the breed were regarded as inferior. However, Roswell Eldridge, a wealthy American, visited England and offered a huge prize for the old-type spaniels with the best pointed noses. Thus, breeders went back to their old dogs and started developing them in order to win the money.

Although the short-nosed variety of the Cavalier King Charles Spaniels became more popular, but they were not instantly accepted in the United States. 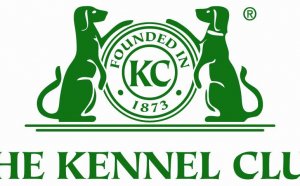 There are many causes of congestive heart failure in dogs. Mitral valve disease (MVD) is a degenerative disease of the heart… 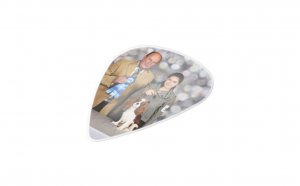 Huntland Cavaliers is located in Thomson, Georgia on 5 beautiful acres providing plenty of room for the Cavaliers to exercise…