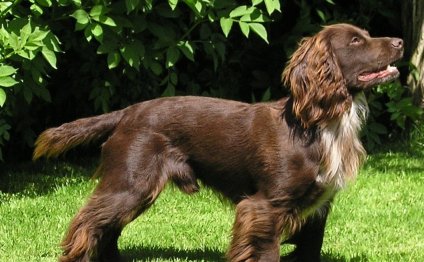 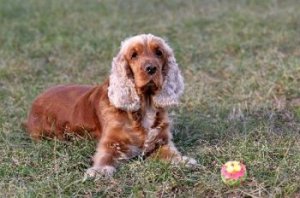 Cocker spaniels may be genetically more prone to aggression, but much of a dog's temperament is determined by environment. Because they are small dogs, owners are less likely to notice the early signs of aggression in cocker spaniels, and may even reward it by comforting or petting a dog who is behaving badly. The most common source of aggression, however, is insufficient socialization. When a dog hasn't had lots of positive experiences with other dogs or people in early puppyhood, they are substantially more likely to react with fear and aggression.

The most effective method for preventing aggression is heavy socialization in puppies between 6 and 20 weeks old. Expose your dog regularly to a variety of new circumstances, people and dogs. Aim to make these experiences as positive as possible, and give your dog lots of treats for each new interaction. This helps your dog learn that new situations are not threatening and that friendly, calm behavior is rewarded. Never reward fearful or aggressive behavior by picking up or comforting your dog. Instead, put your dog in his crate for a time-out or redirect his attention to something that is not causing aggression.

If your dog is already showing signs of aggression, you will likely need the help of a dog trainer to undo the problem. Before consulting a trainer, talk to your veterinarian. Rarely, aggression is caused by medical conditions, and medication may help. Cocker spaniels can also suffer from a disorder called rage syndrome that causes seizure-like aggression episodes. This condition, though frightening, is frequently treatable. If there is no medical cause, you must begin retraining your dog to behave appropriately around other dogs and people. Training typically starts by establishing the distance at which your dog reacts to another dog. For example, if your dog starts snapping when a dog is 5 feet away, you will have another dog stand 6 feet away and reward your dog for non-aggressive behavior. Then gradually decrease the distance between your dog and the stimulus over the course of several weeks. Because this exercise must be repeated regularly and must be done very precisely, a dog trainer can help you do it properly.

Each instance of aggression increases the likelihood of future aggression. Thus it's important to prevent your cocker spaniel from biting or displaying aggression as you work on fixing the problem. Even if your cocker spaniel doesn't usually bite, put her in her crate when you have company, when other dogs are around or in other circumstances that make her likely to bite. Place a muzzle on her when you visit the vet or if you take her to pet stores or dog parks. 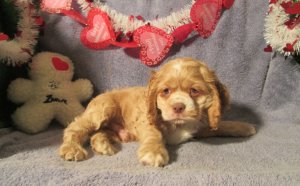