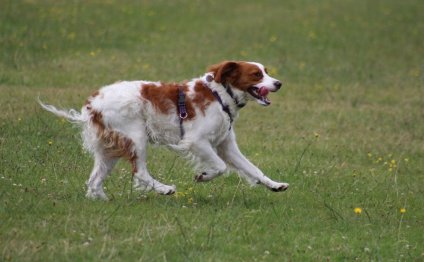 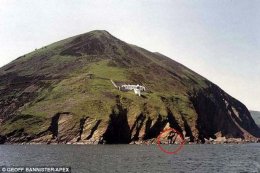 The rescuers called in a second boat, designed for working close inshore, to help take him off the rock

Minehead RNLI had taken the boat close into the cliffs after noticing a sheep that was apparently trapped but were just turning away when a movement some way below the animal caught their eye.

Helmsman Andrew Escott said: 'We went in as close as we could and then we could see it was a dog. It was about 30 feet above the water and we couldn’t work out how it had got in that position.'

Mr Escott managed to jump ashore and climb up to Sprig.

Minehead’s D-class boat - designed for working close inshore - was then called in so the dog could be lowered down safely.

Mr Escott said: 'He had clearly been there for some time because he was licking water off my dry suit. And he did seem rather pleased to see us.'

It was only after Sprig had been taken back to Minehead lifeboat station and given food and water that it became clear he had been the subject of a major search by his owners, Mark and Susie Sanders, from Wheddon Cross, near Minehead.

Reunited: Owner Robert Sanders and his pet Sprig have been reunited after Sprig spent a week on the rocks 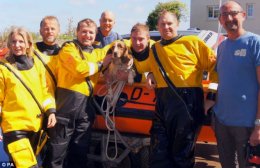 They and their family had organised search parties and scoured the area around Foreland Point after the dog disappeared during a walk there on August 22.

They had plastered the area with posters appealing for any sightings while local fishing boats and an animal ambulance team from North Devon had checked along the shoreline.

But Mrs Sanders said: 'We were coming to the conclusion that he must have wandered off and then been stolen.

'I just could not believe it when we had a call to say the lifeboat crew had spotted him and rescued him.

Springer spaniel rescued by RNLI after a week trapped on ... 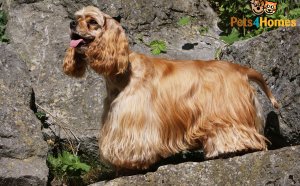 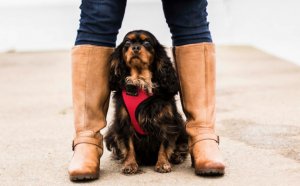 Dog’s life: Catherine Southwell has made it her mission to give neglected Cavalier King Charles spaniels the love they deserve…