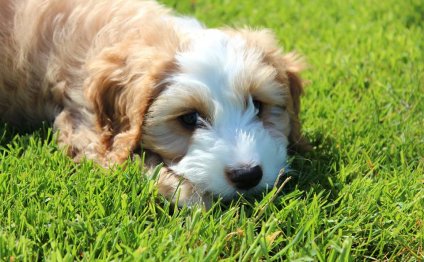 “Spanyells, ” as a breed are referenced in text as early as the 14th century. At that time they were split into two groups: water and land, with those in the land group being further subdivided by size. Although the exact origin is unclear they are believed to have come from Spain. “Cockers, ” the smallest of the sporting group, are descendant from the Sussex Spaniel and the Field Spaniel. The name Cocker stems from the woodcock, which the breed was bred to hunt with great efficiancy. The English and American Cocker Spaniel share a common blood line, but have evolved differently and are now considered separate breeds. The father of the English breed was named Ch, his son Obo II was born in America and is the father of every prize winning American Cocker Spaniel. The Cocker Spaniel spiked in popularity in the 1950’s, following its appearance in the Walt Disney picture, Lady and the Tramp. It was the most popular breed in America until the 90’s and has now fallen back to number 25. 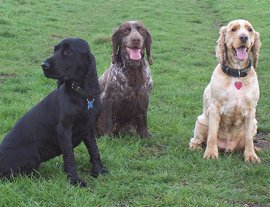 Finding the right breeder is a very important step in raising a well adjusted Cocker Spaniel. Unfortunately, the popularity of the breed has led to some negative consequences: one of them being an abundance of breeders who don’t know what they’re doing. It’s important to do your research and find a breeder you can trust. Once you find the right dog, begin training right away. A well breed Cocker Spaniel will be sweet and intelligent so training won’t be difficult. Positive reinforcement is important as the Cocker is sensitive and won’t respond well to harsh words. As with most breeds you should socialize early and often.

The Cocker Spaniel was born and bred for hunting. That doesn’t mean you’ll need to take up hunting, but it does mean that exercise will be an important part of daily life. He could run all day, but doesn’t

Lady and the Tramp - Version 1

Cavalier King Charles Spaniel barking at Lady and the Tramp

Lady and the Tramp 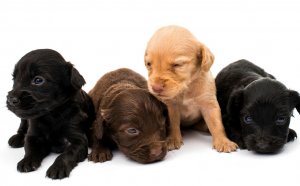 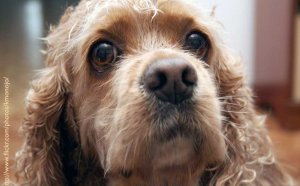