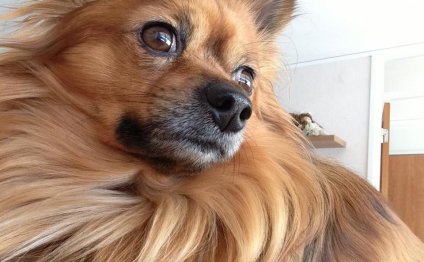 The Tibetan Spaniel has a domed head that is small, in comparison to its body. It has a short blunt muzzle, free of wrinkles. Their teeth occlude in either an underbite or an end-to-end bite. The nose is black. The eyes are medium in size, set wide apart and are oval in shape. The Tibetan Spaniel does not have extra skin around the eyes; this helps to distinguish the breed from the Pekingese. The ears hang down either side of the head to cheek level and are feathered with a v shape. The neck is covered in a mane of hair, which is more noticeable in the male of the breed. The Tibetan Spaniel's front legs are a little bowed and the feet are "hare-like". This dog has a great feathered tail that is set high and is carried over their back. The coat is a silky double coat lying flat and is short and smooth on the face and leg fronts; it is medium in length on the body; it has feathering on the ears, toes and tail.

Tibetan Spaniels come in all colours and be solid, shaded and multi-coloured. Colours that are seen are red, fawn, gold, white, cream, black and tan, and parti. Often there are white markings on the feet. By AKC breed standard, this breed grows to about 10 in (25 cm) at the shoulder, and the weight is 9–15 lb (4.1–6.8 kg). Slightly larger Tibetan Spaniels can often be found outside the show ring.

Extremely intelligent, the Tibetan Spaniel is one of the most cat-like dog breeds. Their favorite pastime is looking out the window at the world. They will climb on the sofa, table, dresser, etc., to see what is going on outside. At the same time, they are highly affectionate and will often greet their owners by jumping into their lap and licking their face.

Tibetan Spaniels are a social breed that needs regular contact with their humans. They do not respond well to being left alone for long periods of time. Having been developed as a companion dog by Tibetan monks they are emotional and empathetic to the needs of their owners.

It is important to socialize Tibbies at an early age to a variety of people and situations. They are protective of their family. Even after socialization, they are typically aloof with strangers. If startled or uneasy, a Tibbie will express their distrust with loud alarm barking.

While utterly devoted to their family members, Tibbies are fiercely independent with a tendency to wander off and explore rather than come when called. This quality - assertive, independent, and alert - is the standard temperament required by both the AKC and FCI breed standards.

Small monastery dogs, thought to be early representatives of the Tibetan Spaniel, loyally trailed behind their Lama masters and came to be regarded as "little Lions" owing to their resemblance to the Chinese guardian lions that gave them great value and prestige. The practice of sending the dogs as gifts to the palaces of China and other Buddhist countries grew significantly, and more "lion dogs" were presented back to Tibet, continuing until as late as 1908. As a result of exchanges of Tibetan Spaniels between palaces and monasteries, the breed is likely to have common ancestors with Oriental breeds such as the Japanese Chin and the Pekingese.

Not only was the Tibetan Spaniel prized as a pet and companion, but it was also a useful member of Tibetan monastic life. The little dogs would sit on the monastery walls, keeping watch over the countryside. Their keen eyesight and ability to see great distances made them excellent watchdogs. They would alarm bark to alert the monks and the Tibetan Mastiffs below. In addition to functioning as lookouts, the Tibetan Spaniels were trained to spin the monk's prayer wheels. They also slept with the monks at night to provide warmth.

Village-bred Tibetan Spaniels varied greatly in size and type, and the smaller puppies were usually given as gifts to the monasteries. In turn, these smaller dogs used in the monastery breeding programs were probably combined with the more elegant Tibetan Spaniel-type dogs brought from China. Those bred closer to the Chinese borders were characterized by shorter muzzles.

may 8 2010 Monty the Tibetan Spaniel mix Wag On Inn Rescue.MOD 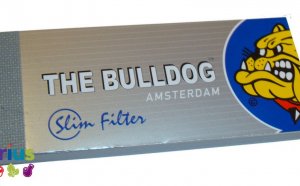 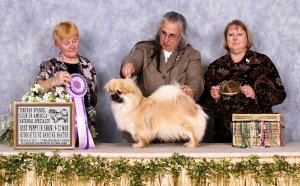 Tibetan Spaniels are relatively obscure in the United States, but they’ve been revered in their Himalayan homeland for more…