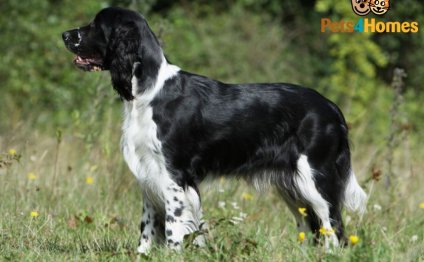 The springer spaniel breed within the UK is divided into two separate variants, being the Welsh springer spaniel and the English springer spaniel respectively. The main differences between the two breeds are mainly small variations in their size and conformation, and other than serious spaniel enthusiasts, most dog lovers would have a hard time telling one breed from the other! Because the temperament and main traits of the two springer variants have more in common than they do different, in this article, we will group the two springer types together to look at the core traits and temperament of the breed as a whole, and whether or not they make for good pets. Read on to learn more.

The springer spaniel is a medium sized dog that was originally bred and used for working purposes, mainly retrieving game and as a gun dog. They are classed as a soft mouthed dog, meaning that they are capable of holding delicate prey such as birds in their mouths without damaging them, and they are active, lively dogs that enjoy having a job to do and a role to fulfil. They are sometimes used as detection dogs for anything from missing persons to contraband, and are popular as pets all over the world.

What is the temperament of the springer spaniel?

The springer spaniel should be a bold, lively and outgoing dog that is friendly, open and honest, although some dogs of the breed can be prone to shyness or anxiety around strangers. As a rule, the breed is outgoing, inquisitive and very active, as well as being good natured and very versatile.

They are switched on, alert dogs that always keep an eye on what is going on around them, but are not prone to aggression, making them good watch dogs but poor guard dogs. They like to keep fairly busy, but when they are relaxing at home, like nothing more than curling up on the sofa in the company of their families.

The springer spaniel is also a breed that really enjoys their food, and will often scavenge or beg for scraps, so it is important to monitor their food intake and exercise levels to avoid them piling on the pounds.

How much exercise do they require?

The springer spaniel is a working dog first and foremost, that has bags of energy and lots of endurance. They love to be outside in the company of their families, and will happily spend several hours per day running around, exploring, and generally enjoying the outdoors. They need several long-ish walks and periods of play per day, and should be able to get a good amount of variety in terms of their activity levels. They are very versatile and enjoy both running around, jumping and swimming, and are a great choice of dog for canine sports such as agility and flyball.

Are they easy to train?

Springer spaniels are very intelligent, alert dogs that love to learn new skills, and are very amenable to training. They work hard to please and thrive on attention and praise, and are more than capable of learning a wide range of skills, including sports and tricks! They like a lot of variety, and keeping up with new ideas and games to teach them can be more of a challenge that trying to get them to learn the basics!

They are one of the most rewarding of breeds to train, and thrive on positive reinforcement, treats and lots of attention.

Do they have a strong prey drive?

Like all dogs, the springer spaniel will potentially chase smaller wildlife, but they are a retrieving dog first and foremost rather than a hunter. Training the springer for good recall and not to chase animals such as cats is fully achievable, and the springer spaniel can live alongside of smaller pets perfectly happily when properly introduced and socialised.

Do they get on well with other dogs?

Springers tend to be personable, friendly and honest with other dogs, and are one of the most sociable of dog breeds when in the company of strangers. Again, good early socialisation is vital to ensure that the breed is able to get on well with others, but they are generally perfectly amenable to making new friends, or sharing their home with another dog.

What kind of homes do they need?

Springer spaniels are loving, kind and honest dogs that are excellent with children, and will have a lot of time for kind children that will give them attention and play with them. They require a roomy home with a large garden, and plenty of access to the outdoors for walks and play. 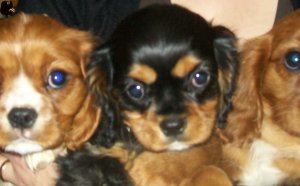