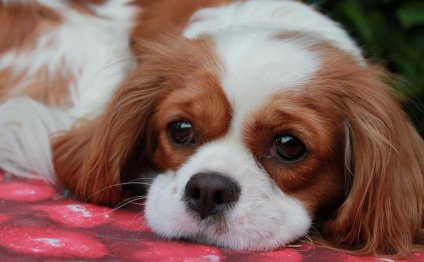 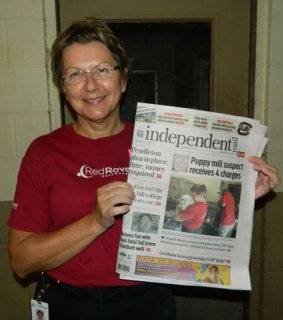 Those were some of the first words spoken by RedRover Responders volunteers when they entered the temporary shelter housing dogs recently rescued from an alleged puppy mill in Anderson County, South Carolina. Of the 153 dogs rescued, over 25 were young puppies, many only a few weeks old and some without their eyes open yet.

Anderson County officials called in RedRover to work with Anderson P.A.W.S. in overseeing care for the rescued dogs at the temporary shelter. RedRover Responders volunteers immediately got to work, feeding, cleaning stacks of kennels, comforting scared dogs and ensuring that all the pups knew they were now safe and sound. Local volunteers, Anderson County departments and various first responder organizations all assisted in the efforts to help the dogs, including the South Carolina State and National Guard, Williamston EMS, Starr Fire Department, Red Cross and many others. Dozens of Shih Tzus, Chihuahuas, dachshunds, Cocker spaniels and other small-breed dogs filled the shelter, where the majority were frightened, unsure of humans and undersocialized.

A typical day began with assessing all the dogs, especially new mothers, to ensure that they were all healthy and safe each morning. Then, volunteers began feeding and cleaning kennels, making sure all the dogs had beds, then continued to provide enrichment for the attention-starved animals. While many were initially very uncertain with new people, dogs began to come out and show their true personalities. The majority of the dogs rescued from the property were female, and some very nervous. Within a few short days under RedRover’s loving care, individual dogs began to show their quirks, likes and loves.

RedRover Responders volunteer Cindy fell for a little white American Eskimo who quickly came out of her shell. Excalibur, a small male Chihuahua with an attitude, was found to love wet food. Volunteer Bonnie had a soft spot for a speckled Cocker spaniel, Oreo, and the entire RedRover Responders team in Anderson County couldn’t get enough of Jellybean, a tiny Chihuahua puppy with a BIG personality (his mom Peanut could barely keep him entertained)! 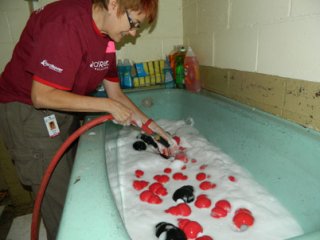 RedRover Responders volunteers experienced the simple joy of presenting a toy to a dog who had been deprived for so long of any mental or physical stimulation. They witnessed frightened, terrified dogs who were stiff as a board when you held them become more and more comfortable in their arms, and slowly begin to seek human touch.

If you ask any RedRover Responders volunteer on the Anderson County puppy mill deployment, they’ll tell you they have a soft spot for a loner: a withdrawn dog who, with time and patience, reveals a happy, special dog under all that matted fur. Ann, a RedRover Responders volunteer, said it best: “I root for the underdog. The ones who are tougher, not necessarily as cute, but who need us the most.”

We think Ann is right, and shows the true essence of RedRover’s mission. RedRover Responders volunteers helped bring dogs in Anderson County from crisis into care, and under their watchful eye, fostered the growth and strengthening of the human-animal bond. After hours and long days of cleaning, feeding, organizing and wading through all kinds of muck, a little lick of love from a previously terrified mama dog is all they need to know that it was all worth it.