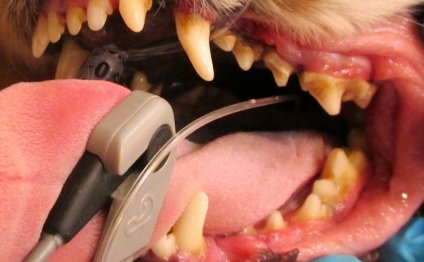 Mary Louse Gregg of Newville, PA is an owner and breeder of Cavalier King Charles Spaniels. She has lost several dogs to mitral valve disease (MVD). “Each time, it’s devastating, ” she says. Gregg has her dogs checked annually by a cardiologist from the time the dog turns two years old. By having regular visits to a cardiologist a murmur can be detected well before there are any noticeable signs of MVD.

Cynthia Markley of Lynnfield, MA had a Norfolk Terrier, Bailey, that died from MVD. Markley said that the first sign Bailey showed was a cough. Markley assumed it was allergies and wasn’t alarmed until Bailey collapsed after playing. Bailey’s MVD was diagnosed after a trip to the vet where an ultrasound was performed. 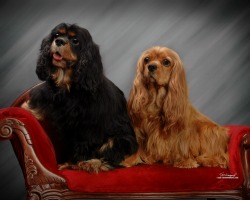 Mitral valve disease is a condition where, over time, the mitral valve of the heart degrades. The heart is separated into 4 chambers; top and bottom, left and right. The upper chambers are the atria (singular atrium) and the lower chambers are the ventricles. There are valves which are in place between each of the chambers to keep blood flowing in one direction. Blood travels from the right atrium to the right ventricle into the lungs, where it is oxygenated, then into the left atrium and finally to the left ventricle and out to the rest of the body. The mitral valve is located between the left atrium and the left ventricle. It functions here to prevent the back flow of blood back into the left atrium. When functioning correctly all the blood contained in the left ventricle will be pumped out into the body as the heart contracts. As the mitral valve degrades it cannot close properly and small amounts of blood leak back into the left atrium. The condition is progressive and over time the valve will continue to degrade until the heart can no longer compensate. The result of this is that the heart must work harder to supply blood to the body. This eventually leads to congestive heart failure.

Both Gregg and Markley state that in the early part of the disease there are no significant, outward signs that anything is wrong. Both emphasize the importance of being vigilant and watching for symptoms that may indicate MVD is causing the dog discomfort. Markley recalls that Bailey was often tired on walks, but after the initial diagnosis of MVD, he continued to be his usual affectionate self. Gregg states that, “The biggest change in the early stages is having the dog checked more frequently to monitor the progression of the disease and know if and when to start medication or other treatment.” Once MVD is diagnosed regular visits to the cardiologist are imperative in order to help the dog have a good quality of life and to monitor the medications.

Markley indicated that they tried to keep Bailey’s routine similar to what it had been before MVD. “We tried to make life simple and to make exceptions, ” she said. The Markleys continued to take Bailey on his regular walks, and as the disease progressed they would carry him, putting him down in his usual spots to sniff and do his business. “Bailey loved the swimming pool. He was a very active dog. The hardest part of MVD was trying to slow him down, ” said Markley.

Tarty, Gregg’s Cavalier King Charles spaniel, was first diagnosed with a heart murmur at 12 years and two months old. It wasn’t until Tarty was 14 years old that her murmur had progressed to a grade six. Because Gregg had Tarty monitored so closely by the cardiology staff at the University of Pennsylvania School of Veterinary Medicine, they knew exactly when to step in with medication, which was shortly before her 15th birthday. Tarty lived until she was 16 and a half years old, dying of a stroke. “The medications Tarty was given didn’t simply allow her to survive – they gave her an excellent quality of life for an additional year and a half, ” said Gregg.

Gregg emphasized the importance of MVD research, “The drugs that we currently use to treat MVD are so much better than what was available when my first Cavalier was diagnosed with MVD. At that time, a diagnosis of MVD meant that a lot of heartache was coming in a very short time. Now, there’s a much better chance that my dog can live longer and with a better quality of life.”

Gregg also encouraged breeders and pet owners to become involved in clinical trials and to participate in research studies. “Because of research we have newer, better medications and treatments being developed, ” said Gregg. “Some people may think that the dogs will become nothing more than ‘lab rats, ’ but nothing could be further from the truth.” Sometimes a study simply involves providing blood samples and information about your dog. For the studies involving drug trials, “Every precaution was taken with my dogs, ” said Gregg. “At no time did I feel that my beloved pets were at risk from the drugs being tested. They were closely monitored, and their safety was always put first.”

You can learn more about getting involved in research on the AKC Canine Health Foundation's Participation Needed listing. These studies involve a number of different canine health concerns and involve many different breeds. “Participating in the research studies allowed my dogs to be more closely monitored and cared for than I ever would have been able to afford, ” said Gregg. “And I was happy to be able to contribute to working towards my dogs, and all dogs, living longer, healthier lives.”

MY CAVALIER KING CHARLES SPANIELS OVER THE YEARS, THIS IS ...

Overview: The Cavalier is very happy to be with children and is very gentle with them. A loyal companion to his owner, the… 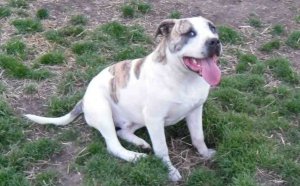