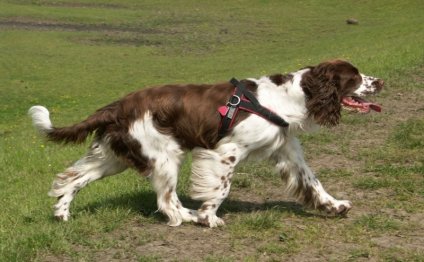 The English Springer Spaniel is a popular breed because they are fun, eager to please, obedient and affectionate. They love their families, and they are loyal and trustworthy. They are energetic and social, and are good with children. However, they require a lot of your attention. They need to be loved, and will want to stick very closely to their owners. They do not do well if left alone for long periods of time. They also need a lot of exercise. They love to run, and they need to run. A lonely or unexercised English Springer Spaniel will misbehave. These outgoing, versatile dogs excel in canine sports such as agility, obedience, and retrieving. They also love to swim, and much to your dismay, will often attempt to do so in mud puddles. They do best with a fenced in yard, as they are known to chase squirrels. In short, English Springer Spaniels make excellent pets for an active family. They are cheerful, intelligent, social, lively, and entertaining. They will certainly become a part of your family.

The English Springer Spaniel sheds a fair amount of hair. You'll find hair stuck to your couch, carpets, clothes and everything else in your home.

The medium-length coat of the English Springer Spaniel requires brushing a few times a week to keep it tangle-free.

Tells you how easy or difficult a breed is to train.

An easy to train breed require less time and patience to train.

Keep in mind that this is only one way to measure a dog's intelligence and a low rating might still mean the breed is highly intelligent in other ways.

Tells you how good the breed is at being a guard dog due to the appearance, size, and strength of the breed. A breed with a high guard dog rating will make an intruder think twice before stepping foot on your property.

Tells you how popular the breed is in terms of ownership. A higher rating means that more people own the breed. The more popular a breed is the easier it is to find and purchase one because there are more breeders breeding it. 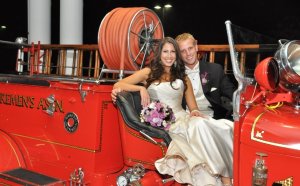 The time had come to enter the ring. Toby and I took our place in line - I purposely moved him near the back of the line…