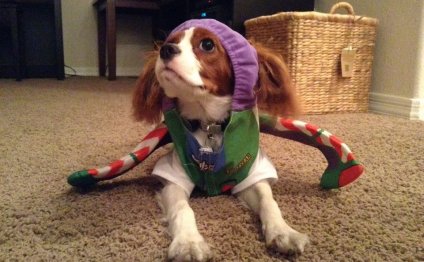 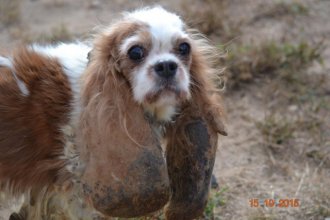 WESTFIELD, Mass. (THE WESTFIELD NEWS) – Westfield police officers were called to a home on Day Avenue, Friday afternoon, and discovered five dogs in very bad shape, as well as an elderly couple in poor health.

According to police logs, a call for an animal complaint came in at 3:23 p.m. Friday.

The reported on its Facebook page Sunday that when Animal Control Officer Kerri A. Francis responded, she “was appalled at the conditions of the house and the dogs.” Five Cavalier King Charles Spaniels were removed from the home.

“The owner’s were very cooperative and agreed to sign over the dogs to us, ” according to Facebook. The post states that the animal control officers were also concerned about the “sick, elderly couple.”

One of 80 comments left on WRAS’s Facebook page concerning the dogs stated: “The whole situation is sad. The elderly couple probably has no family checking on them and, that is just the start of a sad story that happens to a lot of the elderly who get dementia and a whole lot of other things and then the poor animals who are suffering. Let us not judge but let us just try to understand and maybe help prevent it next time and look at your neighbors instead of ignoring them!”

“We reached out to several local agencies to assist this couple, ” the WRAS post stated. “We hope that the couple receives the help they so need.”

The dogs appear to have been living in crates and are suffering from extreme neglect including heavy matts preventing the dogs from walking properly or holding their heads up normally, according to Facebook.

The shelter will be getting help from Blandford Animal Hospital. The dogs–one boy and four girls–were transported there Monday morning for grooming, Terkelsen said. “They are a little timid, ” he said, “but they are very sweet dogs.”

According to the Cavalier King Charles Spaniel Club website, , these dogs can cost between $1, 800 and $3, 500 for purebreds. These five dog, dubbed the “Fab Five” by the WRAS, appear to be purebred, said Terkelsen.

Some Cavalier King Charles Spaniel rescue groups have been calling the shelter, she said, so she isn’t sure when or from where the dogs will be put up for adoption.

Since people have expressed an interest in donating to their care, the WRAS said donations can be sent directly to: Blandford Animal Hospital, 46 Woronoco Rd, Blandford, MA, 01008. A gofundme page has also been set up at

Alyssa Regalia set up the page saying, “My friend works in Animal Control and these dogs were taken into custody yesterday.” As of Monday afternoon, more than $1, 200 of the $5, 000 goal had been raised.

“We thank you for your donation, in their care. Like most municipal animal shelters, it is always a struggle to find ways to help the animals in our care, ” according to a WRAS Facebook post.