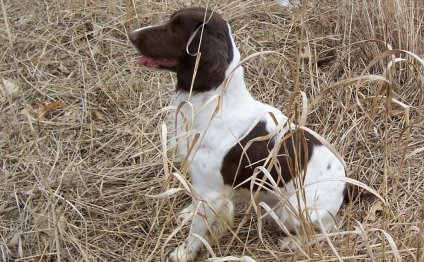 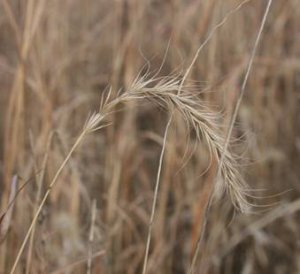 I am not a veterinarian, nor do I represent myself as one on the internet. But I hope that my experiences as a Springer lover might be helpful to someone else in addressing grass awn symptoms in their working dog.

We have had four of our own dogs suffer grass awn infections, one with two separate incidents. Jessie and Tai have had surgeries for pyothorax, Tai and Roz have had abscesses removed. When Tigger showed clear symptoms of a pyothorax in 2007, we made the very difficult decision not to treat him because his age and general health suggested that he would not have a positive outcome. Actually, when I dig even further back in my memory, we had two other dogs that were treated for localized abscesses with drains and antibiotics (one later developed a fullblown pyothorax). When the abscess issue first cropped up, this seemed the more normal course of treatment, but perhaps this was more a lack of knowledge of the full extent of the problem than a different syndrome. 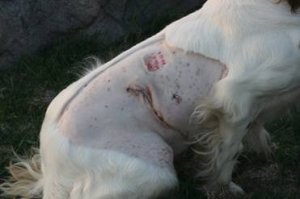 Knowing what I know now, I’m not sure I would feel that this approach was aggressive enough in light of our subsequent experiences. 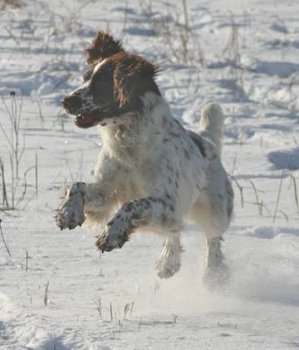 I have provided details of symptoms and treatments of our own dogs below. Here are the points that I would stress to anyone who thinks their dog might be affected by a grass awn. First, be aware that the symptoms of a grass awn infection can be very vague and nonspecific. It’s very important to be aware of your dog’s behavior, both when s/he is healthy and when s/he is not. If you have concerns that your dog just isn’t him or herself, consider a visit to your veterinarian and make sure that your concerns are taken seriously. These infections can go from barely noticeable to critical in an extremely short period of time. Many veterinarians, particularly those east of the Mississippi that do not have exposure to foxtail infections on a regular basis, or who do not have a lot of working dog clients, will not have a grass awn infection high up on their diagnostic radar. Your dog surviving a grass awn infection may well depend on you being an observant and informed owner, and you may need to educate your veterinarian. Refer him or her to the Grass Awn Project website and/or print out one or more of the articles from the site to put in your file, preferably before you have urgent need of that information.

Duck hunting with Buddy the Springer Spaniel at Honker ...