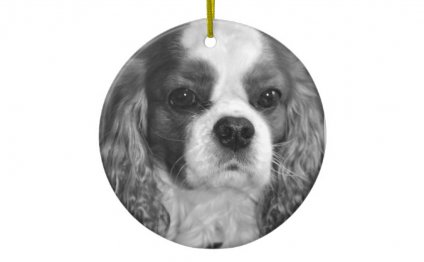 Due to an abundance of naturally occurring coal and clay, the Staffordshire region of England is renowned for manufacturing fine china and dinnerware, though local ceramic companies also made a variety of extraordinary figurines. Staffordshire potters began producing these decorative figures during the 18th century, mostly from cheaper earthenware or salt-glazed stoneware.

Eventually, a greater range of colors was used, and potteries made figurines from the finest bone china, which necessitated a switch from hand-sculpted figures to those using press-molds. Staffordshire figurines had their heyday during the Victorian era, and began to disappear in the late 19th century, as imported German bisque products were more affordable.

Staffordshire designs included all manner of domestic and wild animals, as well as human figures taken from historic or current events. At the time, these figures were sometimes referred to as “image toys” or “chimney ornaments.” Those designed as actual chimney ornaments were produced with a flat rear side intended to be hidden when placed against the mantel wall.

Part of the charm of Staffordshire figures is their simple folk style, created mostly by forgotten potters with basic coloring and forms depicting elements of everyday country life. A few artisans working in the Staffordshire region did make figurines in recognizable styles, even though most were unmarked. These include John Astbury’s tradesmen and musicians, Thomas Whieldon’s animals with tortoise-shell glazes, and Obadiah Sheratt’s violent scenes from history, like the tiger mauling Lt. Hugh Munro.

Some of the many animals made into Staffordshire figurines include parrots, hens, roosters, horses, cows, sheep, elephants, cats, deer, lions, zebras, and, of course, dogs. Pairs of dogs were one of the most common forms of Staffordshire figure, often featuring regional breeds like greyhounds or pugs. King Charles Spaniels became the most popular, likely because of Queen Victoria’s famous pet spaniel, Dash.

Many Staffordshire miniatures depicted the royals themselves, such as Queen Victoria and Prince Albert, as well as other celebrities like stage actors or literary characters and exoticized individuals from places like Turkey, China, or India.

Interpretations of political events often provided fodder for Staffordshire ceramics, like the various figurines representing the controversy surrounding the New Marriage Act of 1823, which attempted to prevent clandestine marriages that weren’t approved by a couple’s family. The most fascinating of these scenes were drawn straight from tabloid headlines, like the series created after William Corder murdered Maria Marten and hid her body under a nearby barn. Marten, Corder, and the infamous “Red Barn” were all immortalized with Staffordshire figurine designs.

Stuart Lonsdale and Kim Lindley's excellent tribute to and reference on Gouda Dutch Art Pottery and Delftware. The … [read review or visit site]

Dedicated to raising awareness of the ceramic art work of R. Guy Cowan and his Cowan Pottery Studio in northeastern… [read review or visit site]

This 7, 000-plus page site lives up to its self-billing as a 'knowledge base' with examples of work from all major a… [read review or visit site]